Posted at 9:44 AM in Uncategorized by Jasmine 10 Comments 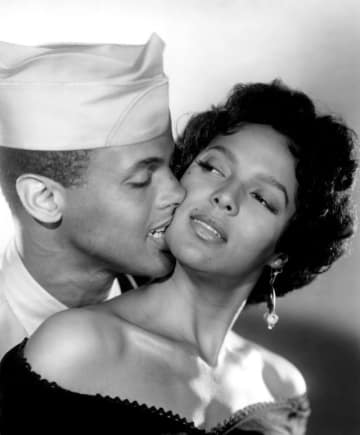 “mArRIAgE iS aBoUt GiVe aNd tAKe” ! I’ve honestly never GIVEN so much in my life. A lot of times I feel like I give way more than I’m allowed to take. Marriage is about giving of yourself without expecting anything in return…. sounds almost like a contradiction of my last blog, How Many of Us Have Them? right. WRONG! You shouldn’t expect a return but demand one.

Let me break it down…

At the start of my relationship with my husband, there were some things I said (🗣OUT THE GATE) that I would NEVER put up with. He knew those demands marrying me, so… If any of that stuff came up, he knew I would NEVER go for it. Ladies, start putting demands on your relationships, immediately. Let them know what you demand upfront and if they can’t handle it… they aren’t for you. On the flip side though, you have to allow demands to be placed on you as well. If you can’t handle their demands, you aren’t for them. Marriage isn’t just about you or just about him. Both of you should be setting those demands and demanding a return on your request. If there is no return, there is no growth. Why would you want to be in a place where you weren’t growing?

Now let’s talk about me. 🤦🏽‍♀️ I used to be afraid to speak about marital issues because I would be scared that people would associate me discussing issues with my unhappiness. Since then, I have developed a “think what you wanna think” mentality… because no matter what you think or what someone told you until you ask me… you’re only assuming! So here goes…

The first year of my marriage was very close to the worst year of my life. I had made a mistake, married the wrong man, and messed around and let him get me pregnant 3 weeks after we were married. I was planning to divorce him, but being pregnant with his baby, I knew that I would STILL have to be a part of his life forever. I hated the thought. I hated him. I hated EVERYTHING. I needed an escape.

18 weeks into the pregnancy I got so sick and ended up on bed rest. So now my mind was no longer on my TERRIBLE marriage, but on staying alive and keeping my child alive. I had little time to be with him, think about him, or reflect on the horrible place we were in mentally, emotionally, and spiritually. I was near DEATH (in more ways than one).

After being in the hospital for 3 weeks straight, my grandfather came into my room and said, “your faith is being tested. Will you have faith to win or faith to lose ?” Of course, I automatically thought about my pregnancy. However, when he left, I realize that he was speaking to me about my marriage too. I hated losing ANYTHING but I felt like I was losing in the marriage itself. I felt hopeless. I just wanted to be happy. Ughhhhhhhh

One night while we were there, I caught him praying. He thought I was asleep, but I saw him talking to God. He wasn’t moving his lips at all, but his eyes let me know that he was in deep conversation with Him. I didn’t care, I still wanted out. I was done. I had made a mistake in marrying him…

The next day, he sat on the side of my hospital bed, looked me in my eyes, and said, “I don’t know how to be your husband, but I want you to teach me. Tell me what you need from me so I can make this right”. I was shocked. Didn’t even know how to respond. He was asking me what I wanted in a HUSBAND but I didn’t know how to put it in words. My immediate thought was to get an attitude and respond sarcastically, but my lips wouldn’t move…. only tears fell. For two days I didn’t respond, I began to write it down. After I finished my list, I gave it to him. He kissed me on my forehead and went to work.

A total of 40 days in the hospital and my husband was there (spend the night) every night except 1. (My mom begged him to go home and get some real rest.) He knew I hated him at the time, but he NEVER left my side. When he was there, we didn’t talk much because he didn’t know what to say— and neither did I. But I must admit, I found comfort in knowing he was near me. Then I remembered number 4 on my list was “comfort and security”!

He spent all his spare time with Carter after he was born. He bathed him, clothed him, sang to him… so much that I barely got a chance to spoil him. Then I remember number 3 on my list was “present and loving father”

He literally was showing me that he read my list and was making the adjustments. Now I had to make adjustments on my end. I had to be intentional in loving him (in the form he wanted to be loved, not the form I wanted to be loved… BIG difference). I had to do a lot less talking and MORE communicating—which including LISTENING. I was so busy focusing on him, that I didn’t realize that change came from ME !!!

If you want a change in your marriage, be the change you want to see. It wasn’t until I STOPPED focusing on him, that God began to make moves on our behalf. Now, Chris is my BEST friend. We still fuss, we still have disagreements, but it’s all a part of the process. We are two different people who have to work at loving each other and the work is easily done with a solid foundation. Don’t give up when you have a rough patch, if it’s workable, WORK it. I love y’all married and soon to be and wanna be married folks.

Meet Mrs. Jasmine J. White. An enthusiastic combination of quick wit and social consciousness, Mrs. White is bringing her unique perspective of being a #MotherLoverSisterFriend to IYU’s curriculum. A fiery, yet vulnerable, black woman with so much to say. Connect with her on Twitter and Instagram.