Posted at 11:00 AM in Finance, Lifestyle by Travis 3 Comments 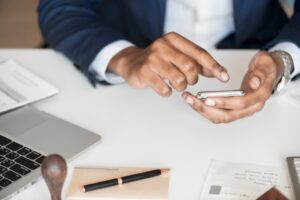 “Because a man who doesn’t spend time with his family can never be a real man.”
– Don Vito Corleone

The last 8 years of my life have been a whirlwind. I began my official career 3 months after my son’s first birthday. The nightmare of the 24 months that preceded that was one of a kid who now was having a kid. Age being no qualifier, I was a 21-year-old kid on a minimum wage internship at Disney World when I found out that my advanced childhood was over. It was a wake-up call; the wake-up call that didn’t happen after high school graduation nor my 21st birthday. I am forever in my son’s debt because he saved my life.

Fast forward to the career that helped turned me into a provider but ultimately proved to put time constraints on every other part of my life. The paranoia I had about being a provider, the shame I had that year that I couldn’t, created a monster (double entendre) if you will. I began working in the medical field in a role that required 100% travel. I would leave home on a Sunday or Monday night and work across every state up the Eastern Coast until you got to Delaware. So just for clarity, every week I was in Georgia, South Carolina, North Carolina, Tennessee, Virginia, D.C., or Maryland… sometimes I was in 2 or 3 of them in that same week. Not to mention, all this travel was via driving, not flying. I averaged about 10 hours per day working and 3/4 hours per day driving for the first 5 years. On the weekends, no matter what state my work week ended in, I would either go home or go see my son (bi-weekly), which just added more driving. So to paint an even clearer picture, I could leave Atlanta on Monday, drive 7 hours to drive to Greenville, NC work for 2 days, drive 6.5 hours to Charleston, WV to work one day, then drive 6hrs to Ocean City, MD work one day, and on Friday morning, drive to Hagerstown, MD. After work Friday, around maybe 2 pm, I would drive 5.5 hrs to Raleigh, NC, and take a 4-hour nap, get up and drive 9 hours to Albany, GA to be there when my son woke up good and spend the weekend. It became such a regular routine, I never learned how to work less than that. I learned during that journey what I had been told my entire life, I was going to have to work like that just for a chance at success, so I FULLY embraced it.

Sounds exhausting right? To be fair, I eventually made enough money and enough contacts to be able to throw flights in here and there when the days and airports worked but that only applied to me going to see my son and back. I had a company-issued truck that I worked in that I had to drive to whatever hospital I was servicing. With all that I was doing, where in my schedule did I have time to have a girlfriend? I didn’t. In the beginning, my son’s mom and I were dating but she never wanted that life, looking back, I can kind of understand why. With hard work and time passed, I’ve been able to move into a position where I don’t travel as much but I probably work more hours. I work before work, I work at work, I work after work and in my sleep, I wake up randomly if I dream that I didn’t get enough work done. This mentality has proven to be a challenge in my dating life. I can’t help it though, and I don’t know if I WANT to work less. Working hard has paid off greatly for me personally and for what I’ve been able to do for those I love. My relationship with my son is amazing as he’s aware of how I work but I’ve always made sure to give him his time. For a few years, we lived in the same city but even when we didn’t I almost never went more than two weekends without seeing him. Maybe 4 times in his whole life. I still figure out how to get him for the entire summer and work the same way. 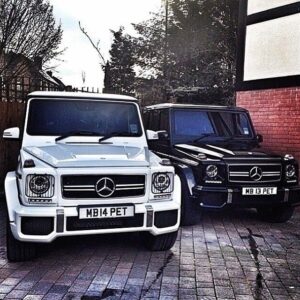 Growing up, my mom and every woman I was around always told me, “a real man works and provides”. Of course other things matter, but the foundation was set. This is why it’s so mind-blowing to me in this era where women don’t have the same understanding of “the grind”. There undoubtedly has to be some priority set on spending quality time in a relationship but with so many lofty #RelationshipGoals these days, how do people expect to do so much, acquire so much, and sacrifice so little? I know it’s hyperbole but you see memes of matching Mercedes G Wagons with the #RelationshipGoals tag, that’s over a quarter of a million dollars just in vehicles that aren’t even “everyday driving” vehicles. How do women of this time plan to have a man that, if not solely provides, contributes substantially to these nice things and turn around and say that he works too much? There’s so much ego involved in how people manage and market their relationships (sounds crazy to market your relationship, right?) that there’s a constant need for attention and opulence at the same time.

While spending time with family a couple of weeks back, my cousin mentioned that she would rather have a man that made less than her and paid less of their household bills than her, than someone who “works too much”. Needless to say, all the elder women around the table looked at her like she had 4 heads (get it? no? cool). I wasn’t surprised. I was expressing that same sentiment about women in my era to my grandma and aunt when the dreadful ” why aren’t you married?” question came up. Which led me to what this all is really about… compatibility. Marriage is not about love, it’s about compatibility. Love is love… and love is just passion for people, when the passion fades as all passion does, compatibility shows how important it is. Not to be too preachy but that’s why the Bible talks about being equally yoked. In the Bible, it’s mostly in the spiritual context but it applies in every other aspect. Finding the right fit is about finding the person with similar or complimentary familial goals, work ethic, sense of humor, selflessness, and willingness to compromise. Your value structures have to align. So in the spirit of that, NO, I don’t think a man can work too much. I think his ultimate sacrifice is to be away and to be willing to run his tank empty to breathe life into the dreams and needs of his family. His wife and kids, his kids’ wife, and kids will all eat from the trees he plants. Not just for materialistic things either. With so much talk about generational wealth, it starts with the patriarch of the family in my opinion. How hard he works, him committing to marriage and saving and setting subliminal standards. Work / Life balance is great ideally, I’m not sure I will ever achieve a recommended balance, but I’ll make an adjustment that works for me as I go.

What do you think, can a man work too much?