Posted at 11:00 AM in Lifestyle, Relationship by Travis 2 Comments 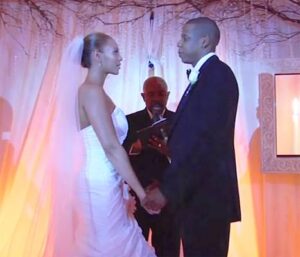 “’Cause we all get hurt, but we don’t heal the same”
– Wale Folarin

Have you ever been driving, maybe just barely one car length between you and the car ahead of you and it’s dark outside? Everything is cool then… BOOM!!!!!!! You hit a pothole that felt like you fell in the Grand Canyon!!! Where did that come from? You’re praying you didn’t blow out your tire or bend your rim. Why haven’t they fixed that hole? All of this tax money. Every day you see construction zones. FIX THE HOLE!!!!! I use that scenario as a metaphor for that moment when you get your heart broken, shattered, destroyed out of nowhere. There’s no feeling like it. There’s no way to protect yourself from pain without depriving yourself of love. They come and go thru the same door. Now it’s weeks, months, sometimes even years later and you’re wondering, “Why hasn’t this hole been fixed??”. You still feel the effects of the poor construction work that you’ve halfway invested in. They say you pay for what you get, emotionally this is true too.

There are normally four ways people “heal” after heartbreak:

Societal optics will probably support me in saying 1 & 2 are the more popular choices. I can’t be sure but it sure does feel that way. In a time where everyone is their own paparazzi, we tend to see “home” on fire at an alarming rate. Followed by constant signs of “I’m done trying” in the form of memes and tweets and IG stories. My timeline on all social media platforms is filled with hurt people lashing out daily. The only saving grace in this is that I know everybody could start at choice 1 and end up at choice 4. That’s why they’re called “Choices”. At some point, people have to decide to do the right construction work in their lives.

I’ve hit a couple of these potholes. I remember the first time, my freshman year in college, it felt like a black hole instead of a pothole. I could see myself getting more and more out of character. Falling deeper and deeper into despair. Being more and more ashamed. I’m not a “wear my emotions on my sleeves” type. I’m real reserved with my feelings and emotions, a lot of times to a fault, but this was different. I couldn’t control this. This was my “High School Sweetheart”. This was my girlfriend that I moved back to Chicago for. Long story short, she cheated (Of course I didn’t. Black Men Don’t Cheat) and I was left in that pothole waiting on AAA to come to tow me somewhere else. Unfortunately, they never showed up. I never believed they can’t eat, can’t sleep, can’t stop thinking about it all day thing… until it happened to me. TO ME of all people. Mr. Nonchalant. I felt like Denzel in Training Day. This wasn’t supposed to happen to me!! After how I took care of everybody??? But it did. I chose Blame first, then Distraction.

Initially, I blamed myself for everything under the sun. I was so determined that I needed this relationship that I was willing to take all the blame if it meant getting it back. She wasn’t coming back though, not at that point anyway, the process and sadness of accepting that led to anger, and that anger needed distraction. Other girls became victims of that need for distraction. The unfortunate reality is that as a 19-year-old young man, that was the other information I had received up until that point about how to deal with that emotion. “If she ain’t acting right, get another one… get a few other ones”. That led to what I now know was a stage of bitterness which is really fear. I kept enough distractions that I had a façade of companionship, but I had so much bitterness in me that I couldn’t embrace women who really wanted to be what I needed. I was very boastful and blunt about it too. It was all about my unwillingness to trust again. My unwillingness to try again. My supreme unwillingness to compromise again. So much so that I would talk to people about how I didn’t want a girlfriend or a wife in front of women who were devoted to me, undeservingly, at the time. I had learned strength and power that I would abuse profusely, that power was the power of honesty. I learned that I didn’t have to lie to women, they would lie to themselves if they loved me. I could tell them however many times I wanted that a commitment wasn’t in my plans. I would relay that message bluntly and sometimes rudely. But outside of that, all things considered, I always treated women I dated with a certain amount of care and attention to detail. Being that most men (allegedly) lie and don’t pay attention enough to detail, that was enough for me to overachieve in dating. I was healing, slowly and poorly, but still healing. While leaving a trail of carnage in that path.

Years would go by before I was invested enough to get my heart broken again, but it happened again. This time it was almost completely my fault. I bet too much on the time I had to do things completely my way. Eventually, that got old to my son’s Mom and I lost the opportunity to make my family work. Live in the house with my son. This heartbreak was worse. Much worse. But Growth came from it. It was distractions that got me here, so I didn’t even want them during the healing process. I drowned myself in work for the most part. Work and books. Clarity came from both. Reading different things, having conversations with close co-workers and family 10-15+ years my senior, helped me like distractions never could. There still was a disgusting to watch Blame period (Those Facebook “On This Day” memories are brutal) but it was productive in hindsight too. This heartbreak made me really talk to, listen to, and try to understand what women go thru. Knowing that I caused this mostly, quieted the noise of male ego influence. I would have conversations with women I respected who would give me the real. They would still tell me what I did right and things I should’ve changed or addressed with her behavior, but they still gave me insight on how what I did, mimicked what other men would do, and how it affected them. They painted pictures that became so vivid that I felt like I could see exactly what memory she was mad at in her eyes when I picked up my son. If you asked me, she got stuck in the bitterness stage too long.

I give my personal experiences to show I know both sides… but I still don’t fear love. Or heartbreak, for that matter. The point of healing is to get to a point where you can operate the same way you did before the injury. I see a generation of people so insulated and encouraged to stay in the distraction, bitterness, and blame stages that very few get to the Growth stage. Very few ever truly heal. Fear is a crippling thing. The fear of pain you can control or have a certain amount of time attached to the healing controls people now. People losing sight of what I think we were all put here for, Love and Companionship. Those things are approached and assessed differently by everyone, but the people who won’t even try to cross the street don’t get anywhere. Love is art, not science, there’s no formula that works for everybody. There’s going to be trial and error. After those errors, the healing process is something you must embrace or there will be other people in your life or trying to be in your life that crash because of that pothole you never fixed. Embracing that healing does not mean you have to leave the person who caused the heartbreak. Everyone who loves you in close proximity will hurt you to a certain extent. Your ability to access, forgive, endure and heal will determine what happens after you get down. Get back up!

Which brings me to FORGIVENESS. As a people, we have seemingly decided that no one really deserves this anymore. We are so quick to “cancel” people in our personal lives and personally. I struggle at times to forgive certain things, certain things or people may require more time to forgive, but I’m never conflicted on if forgiveness should be a part of my life. Forgiveness is twofold too. You have to forgive yourself first. A lot of people, unknowingly, never make it past this stage. Sometimes we don’t forgive ourselves for being “stupid” and not seeing the future or for picking the wrong person or ignoring the red flags. You HAVE to forgive yourself. Other times we don’t forgive ourselves for the pain we caused people we love. Nobody’s perfect. As much as we casually throw out this cliche, we rarely apply it when we need to personally. I struggled to forgive myself the most when it came to my situation with my son’s mom. For a multitude of reasons but mainly because I knew my actions cursed him with a far too common black child curse of growing up in a broken home. No matter how much I did with every available moment and day in my life, I could never be there every day anymore. I robbed him of that because of my selfishness, fear, gluttony, and bitterness. Coming to that realization was a pain like no other. That pain eventually materialized into maturity. Hard lesson learned but a lesson that needed to be learned, nonetheless. I had to see the effects of broken homes on myself, on the mother, and the child to understand the importance of family, marriage, and commitment. Then there are people who struggle to forgive those who have wronged them. I don’t remember making a conscious effort to forgive the girlfriend that cheated on me but I believe it came in convos about where both of our lives went after each other that we had years later. Understanding doesn’t require agreement. While I didn’t agree with things she did or her reasons for doing them, and vice versa, I came to understand our youth at the time. I also came to understand that we had been lied to by society in believing that “If a person loves you they would never…”. Love doesn’t make you exempt from disappointment or disappointing. In theory, you would hope that you don’t hurt people you love but again nobody’s perfect. Understanding and forgiveness works had in hand in healing. The cover art of this piece is an example of forgiveness that the whole world has witnessed from a reasonable distance. You don’t have to agree with Jay-z’s discretions to understand why a woman would forgive a man she loves. You don’t have to agree with Beyonce staying to understand that they chose to put their family before the naysayers and their egos. Forgiveness is what we all need, in some capacity, but so few of us are willing to give. “You can’t heal what you haven’t revealed” is a Jay-z lyric… I’ll raise that with “You can’t heal if you won’t forgive”.

That’s one to grow with.