Posted at 11:00 AM in Culture, Lifestyle by Travis 1 Comment

“Dark Knight feeling, die and be a hero, or live long enough to see yourself become a villain. I went from the favorite to the most hated, but would you rather be underpaid or overrated.”
– Jay-Z

There’s a daily battle we fight in America as Black Americans, for representation. I think we all can agree on how important that is. A little over 50 years have passed since the Civil Rights Act of 1964, and we’re still recognizing the “First Black {person} to _____”. It’s disgusting to me, honestly. Knowing the racist history of this country and some of the racist practices and desires that are still very much in effect, it’s not surprising that we still have “first of” moments. What is surprising to me is that we still haven’t addressed the role we play in it as black people.

How many leaders you said we needed? We have been conditioned to be the have-nots. We have been systematically limited so we would have less but we have still been CONDITIONED to be have-nots. That mind state contributes to us being mad we don’t have people who look like us in position, the most supportive when we “get us one” coming up moving into position… and it also makes us the quickest to abandon “ours” when they’re in position too long or in position and do one thing we don’t agree with. I’m going to give examples of all of these instances. 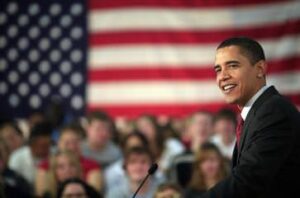 In my lifetime I haven’t seen a lightning rod like Barack Obama during his first campaign that led to him becoming the First Black President of the United States of America. Sure, Jeezy’s Trap or Die summer was legendary, 50 Cent’s run from 2002- 2005 was a whirlwind, and B.M.F. was B.M.F… but nobody hit the ground running like Barry O. Him and his beautiful family, THE First Family, represented the impossible for us but the also represented grace. They represented the manifestation of “The Cosby SHOW” image that was mostly only fictional in pop culture for us prior to their tenure. The way we all got behind them was in perfect unison. It’s also how we should be a lot more often and just as unwavering. 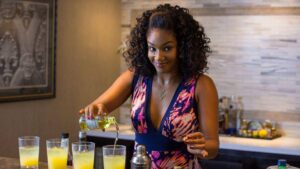 Kevin Hart and Tiffany Haddish represent two stages. They both represent the love we have on the “come up” then they represent what happens when we get tired of our people winning. A lot of people will tell you every other reason they don’t like Tiffany and Kevin but if you go back to the first 6 months after the movie Girls Trip you would see the same people singing to a different tune. If you went back to Kevin Hart’s Seriously Funny stand-up special, people would be singing to a different tune. Kevin Hart is doing things from a business and impactful standpoint that we’ve never seen from a black comedian. Topping the Seinfeld’s and the Carlin’s as the highest-grossing comedian, selling out stadium tours, and starring in or being featured in 28 films including his own stand-up films since 2010, his run has been unprecedented. Tiffany’s run is just beginning on a mainstream level, but in the last two years, she has certainly “flooded the block” (put out a substantial amount of material and been featured in many commercials and endorsement deals). This is when the change happens. In our culture, when you get to the “He /She not as great or perfect as y’all act like” point, you’ve made it. I call that the point when they get tired of you winning. That’s when the adulation for the newfound representation fades and we go into crabs in a barrel mode. 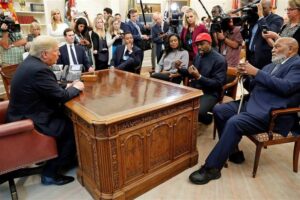 “And this is much more than just my “Road to Redemption”, Malcolm West had the whole nation standing at attention.”
– Kanye West

The rawness of discovery will never be matched. When you first discovered the genius of an artist or athlete or even comedian, something happens. It’s a timestamp. Everything they do after that is compared to that moment. Very important to understand that factor in all of this. My issue has always been, even when your favorite artist, comedian/actor at the time, or the player doesn’t give you that same feeling every time, we don’t have to tear them down. We work hard to build these “idols” up then work 5x harder to bring them down. When Kevin Hart’s movies and comedy start to cater to wider demographics, isn’t that what he’s supposed to do? He’s in movies with a rapper who once famously made a diss record called, “No Vaseline” but we aren’t spending time bringing down Ice Cube… because he’s not at the top. We reach all the way to our top luminaries, albeit critically or commercially and we pull down with all of our might. When a Kanye West takes a political stance we don’t agree with, we want nothing more than to see him “canceled”. Where is the cancel culture in the white community for Roseann? For Trump? For Weinstein? For Woody Allen? Where’s the mob of Seinfeld’s own saying he’s not as funny as he was two decades ago? This is our conditioning. Cancel culture isn’t new. The coined phrase may be new, but the sentiment isn’t. It’s so deep that we, fundamentally, have tried to cancel Kanye for being the same person we loved. For being brave enough to look at things from the non-traditional/unpopular perspective. He has since renounced his endorsement of Trump but I still understood the conversation at the least. I understood him looking for a different way of doing things vs doing them blindly the way we’ve done for decades and not seeing significant betterment of our people. But once the fix is in, it’s in. Once we’ve collectively gotten tired of one of our greats, we join the calvary. Every quote that could be taken out of context, was mass-produced and circulated. The benefit of the doubt would no longer be given, the gift of objectivity no longer offered, the love… was gone. And this started before Trump. This started with who he married. This progressed into when the self-proclaimed “Louis Vuitton Don” stopped dressing “like us”. The most disheartening thing about it all was in this trending topic era, mental health awareness is what we claim to be advocating for, yet the man who put that he’s bipolar on his album cover is without empathy because we’re tired of him. Because he has a white wife and thinks we shouldn’t just be blind democrats, his mental health doesn’t matter to us. I’m guessing it only matters if we still like you, agree with you, or if you’re being a victim in a way that doesn’t challenge us at all. We care as long as we don’t disagree with your politics. This is our conditioning. 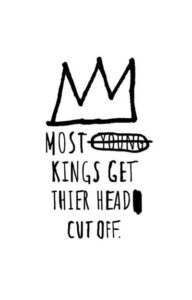 With the same sword they knight you, they gone goodnight you are famous words from Shawn Carter, better known as Jay-Z. Coming off his first true retirement stint in 2003, Jay-Z would tiptoe out of retirement in 2006 with a freestyle with the legendary Funkmaster Flex over the “Grammy Family” beat. It’s a beautiful display of perspective in which he, then 36 years old, gave us a window peek into his thought process. At the time he was the Def Jam Records President and he was almost appalled at why people thought he should’ve still been rapping about the same things as he did at 26. True greatness sustains the test of time and the line is proof of that. In fact, the most common knock on Jay-Z and his legendary wife, Beyonce, is that “they’re not as good as y’all make them. It’s never anything substantive. Before Beyonce’s album Lemonade, the other knock is that they acted like they were perfect. Which historically could fall in lines with “they talk white” or “they think they’re better than us”. They never spoke in a way to make people feel that way, that’s just the result of our conditioning. Conditioning that will turn praise into hate. Conditioning that will breathe resentment in the face of success and consistency. Conditioning that has, ultimately, been just as effective in our oppression as any murderous cop or racist legislation. It’s a poison that is trained to eat our community from the inside out. It’s a way of thinking, without thinking. I’m not here to campaign for fandom. I don’t think Lebron is the best player of all time but I root for continued success fundamentally. That’s the compartmentalism that I would hope we one day adopt. Where we don’t have to be a fan of our luminaries to be proud of them or to protect their representation as long as they aren’t committing heinous acts against people. The preservation of our history and lineage of great art depends on it. My son will know who DMX is because of what he meant to the culture in my era, despite his shortcomings. My daughter will know that Whitney Houston was THE VOICE, despite her shortcomings. My kids will know that Kanye West is one of the greatest musical geniuses and creative visual minds of our time. My kids will know that when people, our people, are doing exceptional things, that’s to be commended. We can be critical of specific things (Soul Plane was trash) but let’s not get so lost in the moment that it becomes our full verdict of greatness. Let’s not let nostalgia be the only signifier. Let’s not tear down our living statues based on their publicity.