Posted at 7:57 PM in Relationship by Travis 3 Comments

“I’m ’bout to give you all the keys and security codes… before I jump out the window, what’s ya name?”

I want love to exist in a space where only honesty is allowed. Wow, you too? Are you sure? Seems crazy to ask if you’re sure you don’t want to be lied to but, honestly, most people do. It’s simple: most people only want you to tell them the truth about you, not necessarily about them. THAT, is the lie they want perpetually. By now you’re probably looking around the proverbial room at everybody else thinking, “He can’t be talking about me. Y’all must want to be lied to because I don’t.” I know, I know. I’m here to tell you though, if you’ve ever said “Talk to me nice”, you asked to be lied to. If you ever even expected it, you asked to be lied to. The truth isn’t nice. If it was, it wouldn’t be so hard to come by. Most people are not willing to look you in the eyes and tell you a tough truth. Whoever is unwilling to do so, does not love you wholly. Sorry, that wasn’t nice of me to point out.

I’ve always been the hard truth friend. First and foremost, knowing this, made me understand that I couldn’t also be the sensitive friend. When you’re willing to “tell people about themselves” you have to understand you’ll get people going out of their way to find the chance to return that favor to you. It’s served me well in some points and have led to a loss of time with people who I care about but didn’t care for that hard truth. Or their partner didn’t care for that hard truth. I detail more in my book, which will be released this year, how I dealt with those individual situations but more so about how I’ve always been ok with those “consequences”. My value for the truth can’t be superseded by any feeling or relationship. I’ll live and die by that sword, willingly. In my actual romantic relationships it has also been a journey, to say the least. Somewhere in between nice and nasty, is respect. Talking to me respectfully will always be expected, no matter the relationship. Respect is the calibration that balances all conversations. Learning a person is important because where your scale calibrates may not align with theirs. You have to account for how someone receives communication in a vacuum. What I mean by that is, not everything is going to be pleasant, but you shouldn’t always try to make it that way either. How do you voice frustration in a relationship? How do you tell a friend that their partner is not good for them or just in the wrong and manipulating a particular situation where it translates the right way and doesn’t come off as biased. Or doesn’t come off to your partner that you’re making them out to be a bad person because you don’t agree with a bad moment or bad habit? 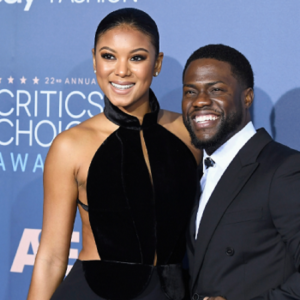 I love you so much that I challenge you. We could probably all agree, in theory, that being love is not a passive thing. Right? It’s a choice first, then it’s followed by an infinite amount of actions. A lot of those actions can be inconvenient, that’s love though. The willingness to be temporarily inconvenienced because a person’s impact on your life is all but temporary. Be intentional, they said. What’s become a more popular rhetoric today than “in my day” is the notion that telling the truth in dating about your intentions or level of availability is desired as opposed to just putting your best foot forward to appeal to the “target” of your interest. That is definitely, in theory, more accepted now. When I was 19 I was “dating” a girl named Courtney. I lived in Chicago at the time and Courtney was someone I had an on and off relationship with since my time living in my hometown. Courtney was someone who for the most part always let me be me.

She respected my authenticity so much that almost nothing bothered her about me.

We laughed a lot. Then something changed. Besides the fact we were growing up, and now growing up in separate parts of the world, the chatter had started to get to her. She was always aware of another girl I also was on and off again with in our hometown but for some reason the situation and her friends involved was starting to get more strenuous. I really cared about Courtney, still do as we continued to be cool all of this time, so I hated that I was getting this reputation for not caring about her and that I was somehow was misleading her. It didn’t make sense because I was honest. I told her I didn’t want a relationship at the time and why, which included less things about her and more just about my life, goals, and location at the time. The same thing was communicated to the other girl and any other girl I could’ve possibly had interest in at the time or vice versa. See, since I was like 9, I always believed in letting someone live with the truth instead of me living with a lie. It almost relieved me of the burden completely to say, “look. I’m not going to be with anybody right now because I take my commitments too seriously for my age. Most people don’t. So i’ve decided to focus solely on my goals and have my fun in the process.” How could people manipulate that into saying that you’re lying about it or that you’re leading someone on? I have no idea. But it was happening or it was being positioned as my willingness to voice this and stand on this despite whatever other variables changed made me “mean”. It was driving me crazy. That resentment led to me getting a tattoo on my right shoulder with the Joker’s face and a caption that reads “The Bad Guy”. It was at that point where if I wasn’t being mean before, I was beginning to embrace not caring if it came off as mean as long as it was true even more. I didn’t have a vacuum then. I felt like there was nothing to clean up. You got it however you got it. I would learn after years of being overly brash, blunt, and inconsiderate with my honest wasn’t enough. Also, being honest wasn’t an excuse for being rude any more than being nice was an excuse for being a liar. 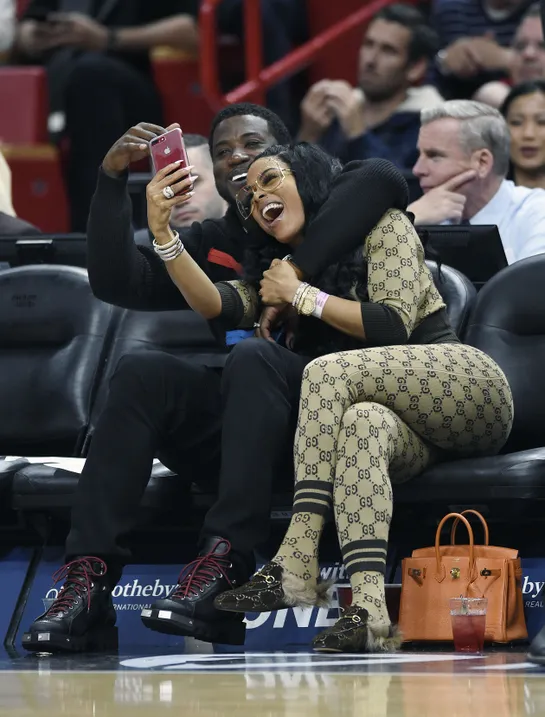 Nice for what? Maturation is the growth of what’s already present. I’d like to believe that my honesty matured as I did. As my life did. That maturation didn’t happen to benefit a specific person or situation though. It came because I needed understanding more than I needed impulse. I needed to be communicative more than I need to be dismissive. That’s not to say that I’m never impulsive or dismissive now because I’m definitely the latter when I feel the need to. The difference is that most times it’s to avoid not “talking nice” when the truth has already been communicated. I had to begin to understand that the lasting effect should be one I could live with. The means had to justify the end. In my platonic relationships that came with dismissive my need for the same access to those friendships. Love gone always be love, no time nor space changes that. In my romantic relationships I realized that having the patience to communicate the truth later vs arguing the same points off of impulse and passion wasn’t sacrificing my need for the truth. It presented a different challenge because most of the world is impulsive and defensive so telling a woman “I don’t want to talk about it now” or walking away when emotions are high isn’t the most accepted thing, it’s my way of being “nice”. It’s my way of not taking the filter off and returning to that guy on my arm. I try to never show that guy.

However, I feel if I can’t be honest with you in a contained demeanor simply because you don’t or can’t be critique, works even less for me.

So you won’t be a romantic relationship much longer. I’m more mindful of how I communicate critiques but I still very much believe in the importance of them. Incoming and outgoing. I can’t sacrifice the integrity of a relationship for the pleasantness of every moment of said relationship. If my future wife  consistently had a blindspot, whether it pertained to our relationship or her relationship with work or friends, I’m not ignoring that because she only want to hear what she likes to hear. Are those uncomfortable conversations? Yes. But you have to live with the possibility of being uncomfortable if you plan to spend your life with someone because, if nothing else, one of you will eventually have to bathe the other and help them find their teeth. Why wait for uncomfortable? If you have the understanding that the uncomfortable is necessary at the foundational level of the relationship, that relationship can grow into the Eiffel Tower. If your foundation is just being “nice”, it’ll probably have the fate of the Titanic. So in closing, don’t be nice, be respectful. Don’t be nice, be uncomfortable. Don’t be nice, be the challenge your partner needs and encourage them to accept the challenges. Don’t be nice, be loving, because love is the perspective the truth should be viewed and communicated through. The delivery should be considered but the presentation can’t be more important than the reality. Helping someone grow vs just helping someone get by is rooted in you being able to see where they can get better, and helping them make those adjustments while also being open to how they see those same blindspots for you. The mutual goal of being better for each other and being better for your own personal journeys should be more important than never being wrong or being held accountable for mistakes. Quiet your ego.