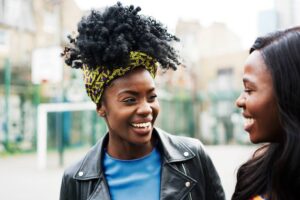 “I’ll admit it… let me hypothetic… but the day I find a woman, I’ll probably be scared to share it”
– Wale

The landscape has changed. We all know it. Some of us are scared to admit it, while the rest of us are just confused about how to adjust to it. “Going out” is no longer about meeting people. If you go to a lounge or club in this “you can’t sit with us” era, you’re really SOLELY going to enjoy music and nice pictures and video with the people you came with. So if you’re single, especially if you in a relatively new city, how do you meet new people? How do you find new friends, and most importantly, how do you find new love? 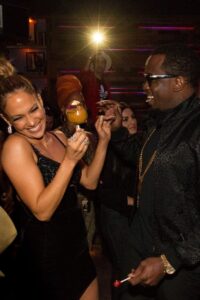 Party like it’s 1999. Talk about being a visionary. Prince’s smash single “1999” originally released in 1982, then was re-released in 1998. Playing it now in hindsight makes it even more genius. I think a lot of us would kill to go back to partying like it’s 1999. When you could go to the club and dance freely with strangers all night without the elitism of roped off sections all over the club and the bottle service that basically eliminated that “can I buy you a drink?” scenario by about 90%. Where you could not have to worry about if you’re getting in someone’s picture or video for social media when you’re trying to initiate or conversation with them. Or more so, they’re not on their phone arguing and loving someone on the other end all night instead of enjoying the fun that the club was made for. You didn’t have to worry about the violence. You didn’t even have to worry about being posted in a club having fun that may look like too much fun if someone from your personal life saw it on Instagram. Cell phones, for all of their benefits, ruined the in-person interaction. That impact is felt in the club/lounge scene dramatically. Not to mention, part of the strain to build strong connections and long term relationships is that people don’t actually know how to TALK anymore. They know how to text, how to DM, how to tweet, their stories always look like they’re so fun and the life of the party but in person or on an actual phone call, it’s like you’re trying to entertain a carcass. That plays a significant role in this thing of ours called, “dating” and just further removes the possibility of meeting the love of your life at a bar or a nice restaurant with your friends and having a random person come introduce themselves because you’re so attractive or because your smile lit up the room that they couldn’t stop staring from the other side of it. Most people wouldn’t know what to say in that situation now, or even have the confidence to. The fear of rejection is a hurdle but now people even fear the whole exchange going viral on the timeline.

I met him on social media. Did you cringe reading that? If so, why? For the most part, the average person between 15-35 spends at least half of their day on social media. Honestly, at this point, people who don’t have Twitter, Instagram, and probably Snapchat, are looked at as aliens. So why is it that we still have this stigma around “internet dating”. In the intro I asked the question, “how do you find new love?”, for most people, the answer is the internet. However, we still don’t want to come out and say that, even to our friends who live online with us. We definitely don’t want to say that in the event our new love interest that “started in the DM” makes it home to meet the family. Even with how much time we spend mass communicating online, you still don’t “really” know these people. It’s true; most people online have figured out how to create the persona they’ve always wanted to be, even when it’s a person they could never live up to being in-person full time. I think that plays a significant role in the stigma still being present. To the generation before mine, that natural skepticism is still very much there, and to the savviest of my generation, we KNOW that people most times aren’t who they say they are online either. So that part makes sense. Can you imagine sitting at your parents’ or grandparents’ house for thanksgiving and saying “Oh we met on Instagram.” 75% of the room would freeze. This is hilariously ironic because I beg my parents to stop sending me chain messages on Facebook and to stop incorrectly using emojis in my comments.  It’s still just not a conversation most of us are ready to openly have. We change it from “we met on Twitter” to ” we had mutual friends who introduced us”. “We met a bar” almost seems like it was Before Christ.

Can I get a picture? The last, and perhaps the biggest hurdle is even when you’ve accepted, “Hey, my soulmate probably is going to be in my DM at some point”, the wreckage of clownery is in peak form in there. MALE AND FEMALE. Don’t get it twisted. I’ve had convos and even seen some proof of some of the pure buffoonery in some of my female friends’ DMs, but I have been able to rival that with equal, if not more, disbelief. The field is just not that great. That ruining of the human interaction I spoke of earlier, is real. I liken the way people have forgotten how to naturally communicate to a parent trying to go back to do geometry with their kid 10/15/20 years after they took it themselves in school. Allegedly it’s the same geometry but… somebody please come check my son’s homework. It looks like a foreign language sometimes, and that’s how it feels now to talk to people who are trying to garner your attention. Especially if these people either aren’t old enough to have had to date pre-social media or the ones who are old enough and just weren’t “social butterflies”. If you’re 30+ and didn’t know how to talk to people in high school, you most certainly don’t know how to know with all the filters they have created to enhance interaction now. When you couldn’t text all day and you actually had to ask for her number, figure out a time to call, set up the vibe you wanted, keep the phone line clear and secure for your time window, and have a conversation that remained stimulating for hours…. this was a different game. Now you see women who have just mastered their angles but can tell you anything compelling that’s not about their looks or haters or wrongdoers or celebrity gossip. Now women can’t find many men that can talk about more than the money they supposed to be getting, the loyalty they supposedly prioritize, smoking blunts, and why they hate commitment. It’s a sick and twisted joke that God has put all of the cerebral creatures in. Those of us who don’t fear dating or commitment but have struggled to find conversation and creativity. So what do we do? Do we wait for the landscape to change again? Do we accept the current landscape and not be ashamed of where we meet the love of our lives, as long as we meet them? Or, my personal favorite, just tell people to mind their business. haha.

Tell me your thoughts