Dec 2, 2018 Poor Righteous Teachers: They dumbed down our culture

Posted at 11:00 AM in Culture, Empowerment, Lifestyle by Travis 0 Comments 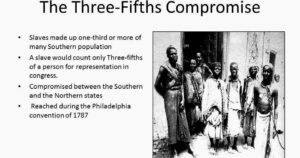 At one point in my life, I had to print the lyrics off of ohhla.com for my mom so she would understand. This was before {Rap} Genius was a thing. I had to break the bars down for her. I remember being 17, moving to Chicago, and driving my mom around in her green Durango so we could learn our new surroundings. This is also pre iPhone GPS and Garmin navigation devices. We printed the mapquest directions to go from Glendale Heights where we lived to the Walmart on Route 83. It was at least 3 Walmart stores closer but this is before information was so conveniently accessible. I was listening to The Massacre, 50 Cent’s second album in the car, trying my best to kill the sound at every curse word like a radio censoring department would’ve. My mom is a devout Christian woman, I’ve never once heard her curse in my 30 years, so trying to get her to accept a 50 Cent album was almost impossible. I distinctly remember making the argument, “Ma, all you hear is the cursing, it’s so much being said that you CAN’T hear because your ears aren’t trained for it and you don’t speak the language.” She wasn’t trying to hear it. I had just moved back with my mom, and so far from all of my friends and family, so I think that played a significant role in her even attempting to understand. I used “Baltimore Love Thing” as my thesis. I broke down every line, at 17, without any websites to decode it, no social media for the rest of the world to tell me what it meant, and I had never been to Baltimore at the time. I watched The Corner, a show about the Baltimore drug culture, and I may had seen a 5 minute interview from 50 on MTV talking about the song, but I still had to break down those bars. It was important because I loved it, but it was also important so my mom didn’t take the culture I loved from me because it was all bad and vulgar.

“Your Honor, I no longer kill my people, I raise mine
The soul of Mumia in this modern day time”
– Jay-Z; 1999

The Soul of Mumia. Everyone knows I’m a “Rocafella Baby”, lines like the one above are why. I had no idea who Mumia was before 1999. I’m not even sure I was old enough to know when I found out. I looked up Mumia on “Netscape”. It was after I heard this. I was in awe. Here was this black man that was known because of his mind. Not because he was John Gotti or Denzel Washington. As young as 14 years old, Mumia became involved in the Black Panther Party. A journalist, an activist, and, many would consider, an American Prisoner of War in the prison system, Mumia has always been a conscious mind. When I found out he was a writer, it made me want to be a writer. All of this information and inspiration came from rap. It came from Jay-Z. 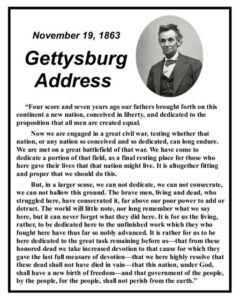 “Four Scores and seven years ago, prepared the flow, prepared for war, I should fear no man… y’all don’t hear me though”
– Jay-Z

Fourscore and seven years ago. Even though I knew it wasn’t, when I was growing up, adults told us that rap was just garbage and that we shouldn’t listen to it. I couldn’t always justly defend it. The older I got and the more my mind was developed in school and through music, my argument became bulletproof. It’s never been just music. The first way we teach kids is thru song. How many people do you think learned their ABCs WITHOUT the melody? It’s been proven that we learn the best through song since the beginning. Rap is no different. When it’s done at a high level, it’s groundbreaking. It used to be considered “The Black CNN” because it gave the voice to the hood. The injustices were done against us and the ills that were a product of them. N.W.A. wasn’t popular because they hate the police, “F*** the Police” was about what police were doing to blacks all over this country. It was a news reporting… written by a 19-year-old Ice Cube. A 19-year-old Nasir Jones opened one of his most songs, “The World is Yours”, in vivid detail, “I sip the Dom. P, watching Gandhi, ’til I’m charged, then writin’ in my Book of Rhymes, all the words past the margin”. A 19yr old Tupac wrote “Brenda’s Got A Baby”, a cautionary tale about a teenage girl born into poverty with a very poor education being pregnant. Profoundness that no one was talking about in vivid detail. My teachers weren’t talking about any of these things. It took rap. When I heard Jay-Z reference the Lincoln Address in a song, I knew exactly where that came from because that was drilled in us in school, so why weren’t these other things. Why were these 19-year-olds so much more developed mentally than the artists under 30 now? That’s no coincidence. 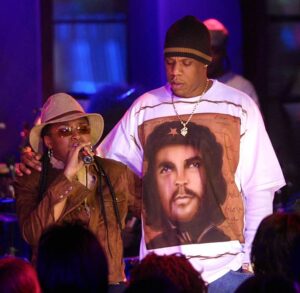 What’s Free? Hip-Hop was the closest thing to Google before the internet. It took me around the world taught me the importance of information. The rebellion of this verse is the rebellion Hip-Hop, and more specifically Jay-z was designed to give us. One of my idols, Rob Markman, made a song called “I think we lost the culture” that sums up my feelings better than I can but this is my version of the sentiment. When, ALL that this verse is, was required to be considered a top rapper, the level of intellect was noticeably higher. I think when Corporate America was able to completely take over the music of Hip-Hop, it pushed a dumbed-down version of it with the intent to kill our CNN. To kill our awareness and our cultivation of thinkers. When Jay-Z has to get on Twitter to explain one of the clearest references it shows the lack of true wordplay and a lack of literacy required to participate here now. Now we make excuses for rappers not being lyrical and sometimes not even using words, and the main one being “he’s young, he’s only 19”. That never was an excuse. That’s a “3/5ths a man” mindset. That’s why the most important part of this verse is WHO he’s talking to at different points. He starts with telling you how they lie to us in plain sight, land of the free but we’re enslaved. I’m half a man but look what I’ve accomplished. I was considered half a man because I wasn’t smart enough to be a good enough thinker to make business decisions but look what I’ve acquired. You’ve turned my people into crabs but using this very success to make them resent me. “He doesn’t even own but 1% of the Nets” was a real narrative at one point. Even since this verse came out, numerous renditions of the “Jay-z rap too rich for us. He says stuff like he off drinking water but y’all broke still drinking water” tweet has gone viral. Yes, some of it is in jest, but it’s conditioning. He’s not talking down on us by saying, “I’m 50% of Dusse and it’s debt-free, 100% of Ace of Spade, worth half a ‘B'”. He’s only half talking to us. He’s saying, everything they told us we were too dumb for, I’m proof it was a lie, think bigger. Now you know all of my percentages so they can’t use that to discredit what we build anymore. He’s also telling those with that oppressive mentality and history, you failed. I’m playing on the same scale. Then he speaks on the “divide and conquer” tactic. How they’ll let you make money and they pit you against each other because if we unify, we leverage our community against the oppression, but instead they always turn us into our own competition. Michael wanted to be the most popular artist, Prince wanted to use his art to change the world and he wanted his art to resemble mastery of the craft. Neither are wrong for their wishes and they shouldn’t be pit against each other. We don’t have to pick sides or cancel the one we don’t agree with, we can love each other even through disagreements (red hat). It’s deeper than rap. Mike vs Prince, Martin vs Malcolm, Hov vs Ye, Bloods vs Crips… he’s speaking to a high level of awareness. These are bars I would be breaking down to my mom as justification. This is what an MC does. Then he follows that up speaking directly to privilege, directly to Trump. “I ain’t one of these house n****rs you bought, my house like a resort, my house bigger than yours my spou.. c’mon man” is him speaking directly to the man he doesn’t respect enough to meet with. The divisiveness Trump has encouraged is indisputable, no matter which side you sit on partisan-wise or his politics in general. He does have enough respect to not directly attack his wife, but he alludes to it. 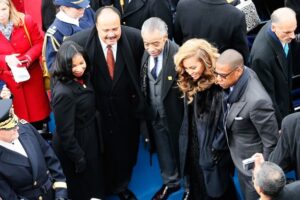 (L-R)Martin Luther King III, Rev. Al Sharpton, Beyonce and Jay-Z pose for a photo during the public ceremonial inauguration for U.S. President Barack Obama on the West Front of the U.S. Capitol January 21, 2013 in Washington, DC. Barack Obama was re-elected for a second term as President of the United States.

Next, he speaks directly to privilege. “My route better, of course, we started without, food in our mouths they gave us pork, and pig intestines, s*** you discarded that we ingested”. His route is better because he earned it. He didn’t inherit the circumstances Trump did and many privileged in this country but still, he has the businesses, the wealth, the better house, and better spou… c’mon man. At the same time, again, he’s saying look what’s possible, no matter where you come from. I’m not going to decode the rest of the verse because I shouldn’t be in the minority of who can (See Genius if need be). We should all be sucker-free. The reality is, we aren’t. And our culture, Hip-Hop, is proof of it. This verse means so much, he’s still teaching me more than any teacher.