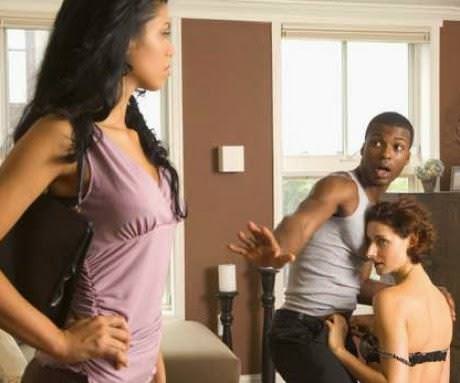 How do you know when you want to be {with} someone? What’s your process? Do you take your time or is it something you normally figure out rather quickly? These questions are the basis for this entire piece. It is my humble opinion that we date all wrong. When I think of my own unsuccessful dating history, and some of the failed experiences of those around me, I draw parallels. I can also draw parallels between my friends that are married and how they govern said marriage. I tend to believe my way is the best way even though it has proven to be unsuccessful up until this point. Let’s break it down.

I think the first hurdle in “relationships” is when should you actually get into a said relationship. I’ve asked multiple people, men and women alike, do they date exclusively before they officially get in the relationship. Almost all said no. Even girls I’ve dated and know can’t handle not being exclusive once they like you a certain amount. Sometimes it’s a time thing, sometimes it’s a feeling thing, but there are very few people that can deal with knowing that the person they’re falling for or have fallen for is still {free} to entertain other people. But should they???

I’m an extremist when it comes to my word and fairness. If I tell you I’m not going to do something, most of the time I’m not going to unless some unforeseen factor comes into play. Also if I won’t give you a particular commitment, I’m not expecting you to. I say all that to say that I do not personally believe or practice REQUIRED “exclusive dating” in the talking stage. I think of it from the standpoint, if we’re exclusive, we’re together. Being nearly 30 years young, I’m not interested at all in “we’ll see what happens” relationships. And I never ask for anything I don’t demand in myself. Because I am so rooted in that, I truly believe in the process of dating and getting to know someone sincerely before I make her “my girlfriend”. That process includes time, effort, experience, very very engaging consistent conversation, chemistry, and trial and error. In the words of J. Cole, my {process} has “Cost Me A Lot”. I’ve been let go or had to let go some really good women, theoretically, because of my process. I’m a very upfront person. I always present my intentions early, my state of mind at that current time in my life, and my principles of how I date. I also stress my hectic work schedule and a crazy travel schedule that includes going to see my son out of town biweekly (in most cases; sometimes 3 weekends per month). In the beginning, it’s honorable. However, it’s always presented a problem once the woman I’m dating feels she knows enough about me to be with me. Whether that is a month later or 4 months. I know I know, popular opinion says “It doesn’t take 4 months to know if you want to be with someone”; I strongly disagree. But society has embedded these unreasonable time restraints on how we “should” date, and in my opinion, it’s why our divorce rates are so high. People are taking less than one weather season to make lifelong decisions. I have these conversations and they are always met with “Yea I understand. I agree. Until we both are ready and have that conversation, I can’t get mad about you talking to other people”. It NEVER works out that way. Ever.

So now we know the “what”, let’s discuss the “why”. A good debater should be able to see and argue both sides, so now I’m going to argue for exclusive dating. If for no other reason, health is definitely a reason to do it. STI’s are so prevalent and so dangerous that entertaining multiple people at one time, if you’re sexually active with them, also means endangering multiple people at one time. Not to mention, endangering yourself. Another reason is the opening quote, which essentially means, how can you focus and build with someone if you always have a distraction or safety net. Lastly, how do you think a person, that is trying to really love you, feels knowing that another man or woman has just as much access to your time and space as they do? Is that fair to them? All of these are valid points, let’s make some for the other side.

I waited four years of on and off dating with my son’s mom before we were ever romantically involved. A year in another courtship that lasted a significant amount of time. 8 months in another. I completely understand the health risks, even though I don’t think that was the cause for the pause in these situations, but I understood that part. I also think, no matter what a woman tells you, once you have (good) sex with her, the rules change most of the time. So I was fine with the wait. It gives time to really figure out if you like someone or you like the sex. Even in that type of dating, people typically want exclusivity before they want to fully commit. When it comes down to the centering your attention portion, we live in a rampant time of overindulgence. The notion of exclusively dating for that reason is an allusion to me. Especially in the sense of what our natural languages of desire are. Exceptions to every rule, but women are emotional beings while men are more physical ones. A woman can be, what I call, “text dating” a man they know they’ll never be intimate with because he gives her the emotional consistency she needs. This can be a single woman or a woman in a relationship who doesn’t consider that conversation “cheating” because she knows she won’t be intimate with the man. Between conversations on Twitter and other social media, can you really center your attention? And if you can, is it necessary? At no point in life will you and your mate be the only people on the planet. There will always be other interesting people around and communicating with you both in some capacity. To worry about that so much and so early is insecurity. The insecurity that is eating away at the foundation you’re supposed to be building. Lastly, how would the person you’re dating feel? As brash as this will sound, up until you’re in the relationship, your focus should be your own feelings FIRST. Feeling rushed by someone you’re dating, by society, or by your own insecurities are all recipes for disaster. Getting too invested, especially when you’re not really mutually invested enough to be official, is a dangerous mistake. The most common one at that. Half commitments lead to full problems and we continue to make the same mistakes. How do you commit to something you don’t know yet? You wouldn’t commit to exclusively applying for one job at one company if you were looking to get started in your career.

Even if I progress to the point of cutting ties with any other woman that may have been hanging around because I’ve developed enough with the special person, I, a lot of times, won’t tell her. I think people by nature put their best foot forward first when they’re trying to achieve a goal, so sometimes it’s just about keeping everybody motivated. Sounds bad but that’s the game. Most people don’t want to be the one who “falls” first, I don’t mind that. I’m just not demanding exclusivity until I’m ready to be all in. I don’t need to “eliminate competition” only to still only be willing to give you half of me. That weakness, that insecurity, just doesn’t sit well with me. I don’t believe in coincidences and I’m confident enough to know if you’re supposed to be with me, nobody else can change that. A lot of times you don’t have to ask anybody for exclusivity once they’re sure that’s where they want to be. The stragglers start to get amazingly annoying once you have unconsciously made that decision. Ego screams in your ear when you’re not sure if somebody has made that decision regarding you so we like to force the commitment to reassure yourself of YOU more so than reassurance of the relationship! Very few people will admit that’s the problem but in these times it’s a lot of “Am I good enough” / “I’m special and I need it to be confirmed” going on.

It’s an interesting dynamic and I think it gives room for a lot of conversation. Let’s discuss OBJECTIVELY.