Posted at 11:00 AM in Lifestyle, Relationship by Travis 0 Comments 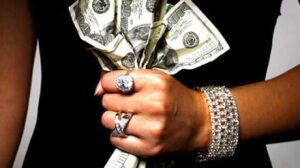 “Let the wife make the husband glad to come home, and let him make her sorry to see him leave.”
– Dr. Martin Luther King Jr.

What means the world to you (In my Cam’ron voice)? I would assume that the answer varies somewhat, if not significantly, for everyone. However, in an era where groupthink and boasting dominate so many conversations, there’s very little room for variations. I remember being too broke to simply refer to my financial situation as broke, I would’ve been insulting “broke” to think I belonged in that category. At that time, nothing seemed more important to me than figuring out how to get me some money. Securing the bag was my mindset more than it was Khaled’s. Trust me. I was sleeping on my best friend Aaron’s couch with my son’s mom sometimes also manning the couch with me; during pregnancy and after birth. I was really struggling to make some money during the week because I knew around Thursday or Friday my lil man was going to need some more diapers, and $25 felt like $2500 at the time. Too many times my pride had to be destroyed to ask my mom or dad for the money, so it’s safe to say, I had reason to obsess over money. Two years later I was making about….. let’s just say the most money I had ever made up to that point. During that two-year stretch, I had slept in my work truck in 15-degree weather with not enough gas to keep the truck on for those four hours, I was driving 10 thousand miles per 6 weeks to take on jobs in multiple states weekly, but it paid off. When it finally paid off, I was miserable! When it paid off I adopted a “Happy Wife, Happy life” mindset too. That same woman that slept beside me on that couch could pretty much get anything she wanted from me then. Rent, utilities, car, tuition.. you name it, I paid it, willingly. She earned it, in a sense. A lot of reckless behavior and a lot of mistakes on both sides preceded this, but ultimately, that newfound mindset was just as damaging to our relationship. We were not happy with each other and throwing money at the situation wasn’t going to change it. 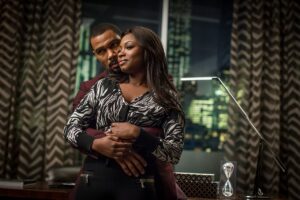 “Happy wife, happy life” is a finesse. It always has been. It started out as a finesse for men that really meant, “Look, don’t argue with her, let her win, buy her things, and show her off so she’s happy enough to not be tracking your moves. That way you can do your dirt in peace.” Also “If you do these things, you won’t have to do much else to keep her”. Some people reading this will debate that, but I’ve seen the proof in the infidelity in many relationships of others. Especially people with financial success. One of my mentors told me during those two years, “Keep working and you’ll make enough money where you can make the rules”. He didn’t mean that just from a relationship sense, but it certainly was a part of it. We can see daily on TMZ that the mindset is somewhat substantial. Women get cheated on and abused, unfortunately, daily and stay with that man. Even though the embarrassment of the whole world knowing about it. To be clear, that doesn’t mean every man that’s successful cheats on or abuses women but we definitely can pull some examples up. From the male perspective, feeding a woman’s ego will be enough to keep her around. In a lot of cases, it is. If you can afford to buy her the bags, clothes, shoes, houses, and cars that most covet, you won’t necessarily have to be a good man. You won’t have to speak to her with respect all the time. You won’t have to come in the house at a respectable time all the time. You won’t have to really communicate and LISTEN to her emotional convos about her emotional needs that are being neglected as much. You won’t have to abstain from the pleasures of other women all the time either. It’s a sick game that shows that everyone doesn’t place their value in the same things. Some people value the pictures more than they value the story and if the picture looks happy on display to the rest of the world, some women will prioritize that to no end. On the other hand, the finesse has matured in a sense too. 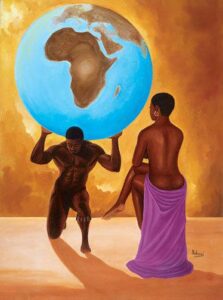 Spoil your woman “Happy wife, happy life” has been embraced by a generation of women that have used their own manipulative interpretations of it to benefit them. There are women who believe that ultimately their happiness should take precedence because “a real man would make sure his woman is ____________ (insert the BS).” A highly attractive woman can use this notion, and conditioning, to get diamonds and “baecations” routinely while having the worst attitudes in-between time. They can demand certain grandiose dates before even developing any true connections with men. So much so that men will be spending hundreds if not thousands on women before they even know the names of their parents. The entitlement is at an all-time high if you ask me. “Happy wife, happy life” is partnered with “know your worth” as the most misleading common phrase of advice given to women in respect to their dating practices. “Knowing your worth” implies that all of the grand gestures are DESERVED simply because you’re a woman. That you deserve to be treated a certain way because of your physicality, not because of your sacrifices or your compromises. Not because of your caretaking or your own work ethic. That they should be given to you simply in exchange for your attention. Then then you throw a tantrum you should be catered to, even if your attitude is baseless and unnecessary. 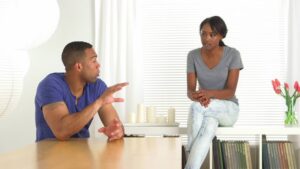 Entitlement is a disease. No matter what gender is harboring the entitlement, it is always going to be cancerous to a relationship. “Happy wife, happy life” should really be “happy spouse, happy house”. Removing gender favorability balances the scale. Balancing the scale exhibits that we both have mutual amounts of work to do. My money (Hypothetically in case child support services/my beautiful coparent reads my blog) shouldn’t supersede your homemaking in value. Neither should it excuse me from emotional and physical accountability. A woman’s birthright doesn’t include the finer things in life and excusal from accountability for her mood swings and attitude. No one in the relationship should ever feel more important or entitled to concessions than the other party. Feeling like ultimately, if I pay the bills I should be able to do what I want, or not help around the house, or not help with the day-to-day activities of the kids is a direct lack of respect for what my potential partner brings to the table. It’s also a direct lack of respect to thinking that because you, as a woman, is such a supreme being that you shouldn’t have to pay bills, or you shouldn’t have to be mindful of my feelings, or you shouldn’t have to apologize. There will always be men and women who take “happy wife, happy life” and use it to their advantage if they can, but no one can show me how it is fair to the other person. Giving someone autonomously, without holding them to any standards of cooperation and effort, is a recipe for disaster. “Spoiling your girl” is just that, spoiling. To spoil means to ruin. Getting to a space of duality is the only way to get to a feat of longevity. It’s going to take an unwavering dedication to EACH OTHER to achieve “Happy spouse, happy house” but shouldn’t that be the goal? Shouldn’t you both make your partner’s satisfaction your priority if it’s reasonable vs what are you doing for me? Can you love genuinely and outwardly if your own satisfaction is always at the forefront?