Sep 16, 2018 Full Disclosure: Should I Have To Tell You Everything? 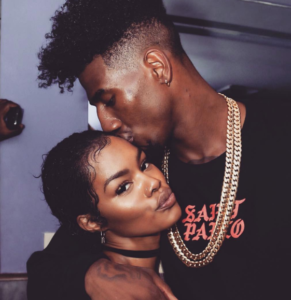 Insecurity: uncertainty or anxiety about oneself; lack of confidence. Information has never been more accessible than it is in 2018. There’s no trip to the library if you want to learn about something foreign to you. You don’t have to actually go to concerts to see stage shows. You don’t have to go with your friends to the club to see how fun the party was. You don’t even have to be in the same room with people to have face-to-face conversations. You don’t have to hire a private investigator to track the moves of your potentially unfaithful partner any more either, wifi, iCloud, and/or a few passwords can do that for you too. What is harder about obtaining information now is obtaining credible information; The RIGHT information if you will. But who determines that. Now more than ever… perception can pass for reality. 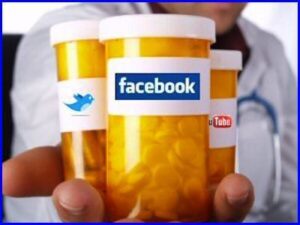 Too much of anything is a liability. Who would have ever believed this would apply to information (Maybe the government but nvm)? In an era where everything is about mass consumption, gluttony has spilled into the DNAs of our relationships. So, how much information is too much? A few months ago, during her album rollout, Teyana Taylor spoke on a multitude of different things about her and her husband’s marriage. One of the things she spoke on was how necessary it was for her husband, Iman Shumpert of the Sacramento Kings, to let her know about all of the women he’d had relations with that could possibly cross paths with her. She also spoke on some of their activities of inviting other women into their bed for recreation, which is unsurprisingly what everybody talked the most about, but I was stuck on the former. Teyana is a very public figure, a star talent who is internationally known for her singing, dancing, acting, and her amazing body… literally, anybody could cross paths with her. Her reasoning was she needs to know so she can know how to respond if a girl comes to her with bad energy or bad information. I thought about that a lot and the question I came to time and time again is… “What is trust?” 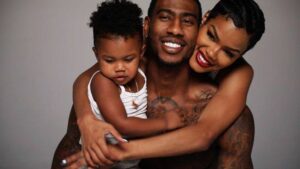 Keep that same energy. Teyana and Iman just sparked the conversation for the Gemini twins in my head, this isn’t really about them. I care so little about celeb relationships, except Uncle Hov and Auntie Beysus, that I struggled to even write this. I didn’t even want to be a part of the “ruckus” during her rollout that unfortunately became more of a crusade against Kanye or how 3somes hurt or help a marriage. I ran from writing this. Then a convo came up on social media about if you should be allowed to go through your partner’s phone. Disclaimer: Twitter normally recycles these convos on slow news days. Again, “What is trust?”

Should’ve stayed in food and beverage. All of these convos led back to men having to be overly transparent to prove themselves. Prove their love. Prove their intentions through invasion of privacy. It made my anxiety flare-up. I don’t get anxious about things most people do. It’s never about money or my career or even really about me at all. I get anxious when people are running into oncoming traffic in herds. Let me reign all of this in for you. Whether it’s your dating history, or access to your phone, banking/salary information, or even your every move and friendship being disclosed to your partner, we are eliminating trust with access. Maybe I would understand it more if it ever led to peace but it really only pours salt into the wound. If your woman asks to go thru your phone once, you give it to her, and she sees nothing inappropriate in it, it still won’t stop her from going thru it again next week. It actually does the opposite. If you told your woman about every woman you’ve been intimate with, then her best friend tells her that you used to be intimate with another woman she didn’t know about, it’s not going to stop her from asking or even believing her friend’s information holds some merit. If telling your girlfriend you’re going to the strip club with your friends stopped her from feeling skeptical about you going, I may understand. But full disclosure has never guaranteed peace from my observations. How can I say I trust you if I need to see your every thought, know your every move, and know every time you have a conversation with someone? Social Media has perpetuated these practices by giving you a courtside view of everyone’s life and relationship. 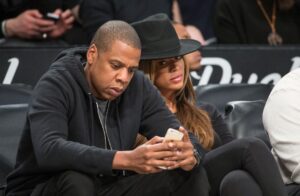 If you love me, unfollow me. I am a believer in unwavering honesty. In the face of adversity, loss, consequences, and ridicule… I would rather be honest. I try to be as knowingly honest as possible. I’d rather take whatever issue comes from that, or plead the fifth than lie about things. Especially when it comes to women. Lynn Whitfield taught me a long time ago that telling women the truth might hurt them and get you cursed out but lying to women will get you shot (see: A Thin Line Between Love & Hate). What I’ve noticed is that in a lot of cases, that still doesn’t really buy trust in this era. I’ve still had issues with women checking phones or needing to know every detail imaginable instead of just taking my proven word. I couldn’t imagine if I was a full disclosure kind of person.  I’ve talked to friends who give full disclosure of everything to their partners, full autonomy of dating/sexual history, and full access to phone passwords and it just makes them even more invasive. Even more territorial. Even more controlling. So where’s the benefit? I don’t even believe in “following” someone I’m really involved with on any social media sites except for Facebook (the family newsletter). I’ve always gotten pushback from that. You can follow me, but I’m not going to follow you. I don’t want to experience your every thought and mood (Like most people knowingly or unknowingly display with every post) through an app. I want personal communication. Furthermore, I don’t NEED to know and see as many interactions as possible between you and others. That’s what trust is. I should be able to trust my woman, no matter who’s around or who attempts to engage her, to know how to govern herself. I need the peace of mind to know I don’t need to go looking and I don’t need to see everything for me to seriously consider a relationship. I’m never going to be home every day because of how I work, now do I need to put cameras in the house and in your car so I know everything? If I needed to know everyone you’ve been with and everything you did with them… what does that help me with? What does that help us with? If I need access to your “DMs” to know you’re not responding to men trying to get your attention, how do I know you’re not engaging men in person at work or at the gas station? I really struggle to find the benefit in it all. I can’t give you enough security to fix your insecurities. I can’t give you peace through my passwords because peace would mean you never felt the urge to need them. 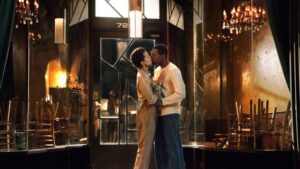 Stop & Frisk. For those of you unfamiliar, Stop & Frisk was a practice in New York that gave police the freedom to randomly do pat-downs of citizens whenever they felt like it to check for guns and drugs. It was recently thrown out after years of invasive practices that contributed to the criminalization of black and brown people. This constant need for invasion in relationships now feels like that to me. I get it, people cheat. Good people get betrayed by partners every day. We also have a nonstop cycle of reporting on these very betrayals nonstop. But again, what is trust? If you can’t find a way to trust people, more specifically the person you’re in a relationship with, then you shouldn’t be in one or that’s the wrong person. There are still people who value relationships, value love, and value honesty in the world. They’re not the majority but that’s the risk. That’s what makes the reward of finding the right person so sweet. Treating one of those people like a person who needs to be constantly monitored is sure to push a wedge between the two of you, if not pushing them completely away. Different strokes for different folks, some people don’t mind it as much and it works for them, I personally just have never seen the benefit of it.