Posted at 12:00 PM in Relationship by Travis 3 Comments 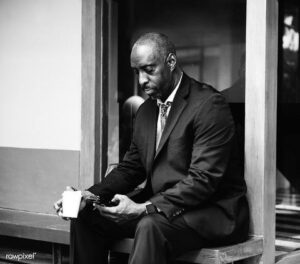 “To be black and talented… all I’ve ever been”
– Wale

If I could go back and do it all again, I would. Don’t confuse the sentiment of this piece with regret. While I have some things in life that I’d rather not relive, I feel like all of my “mistakes” were correct. All of the losses I took at the hands of my ambition were necessary. That doesn’t change the fact that they’re losses. It definitely doesn’t change the losses I’ll have in the future; to what degree is to be determined.

“The question isn’t do successful men have to sacrifice love, sometimes I feel like love is sacrificing us. Love has sacrificed me so much that I’m afraid to start over again because I know I’m going to still be busy”
– Cantrell

Suffering from success. What are you willing to sacrifice to be successful? My mentor posed this question to me when I was just starting my career in the medical field, nearly 10 years ago. It was very important to him because, he’s the one that hired me and brought me into the industry, so my willingness to sacrifice would directly affect his business. “Almost anything but my relationship with my son.” was my answer. I meant that. Of course, I knew that I would have to go to great lengths to maintain a career that would require me to work in 5 states per month and go see my son in the 6th state, but I was ready. Those 6 states ultimately had to be covered by car, mostly, hardly ever would I be able to fly. The nature of the job made the company vehicle a necessity to do the job. At 23 years old, I started a 5-year span of driving about 15,000 miles per 4 to 6 weeks and working 10 hr days that included an average of an additional 3 hrs of driving per day. Sounds crazy until you add in 6 months prior, I was asking for $25 diaper loans with no guarantee of being able to pay it back. That pain superseded any losses I’ve taken over the course of my career. The loss I and most “successful” men don’t speak of, is the loss of a fruitful love life. Men don’t really care about that, right? WRONG! WE CARE!! In fact, we care a lot. Traditionally speaking though, we’re taught to suffer silently, and almost voluntarily. My entire life I’ve only heard about successful women sacrificing love for their careers, or the opposite, sacrificing their dating lives for success. I’ve witnessed, at length, women do both so the sentiment is definitely valid. But they have a voice for it. I wanted to give some perspective of “our” side, not in comparison, but for a relatable perspective.

Money over everything. What a facade. Very few of us actually believe that in the literal sense. What we really internalize from this is respect over everything. We associate the two because, at least in America, there’s such an emphasis put on a man being a provider, an earner, and being able to provide a certain quality of life. Not just for himself, but for himself, his partner, and his kids. A lot of times the pressure doubles once he’s actually in the position to do that because now the “wants” mature and so does the “family”. Even those not from his bloodline start to look to him as a place of refuge, and somehow, when he can’t provide that for even the “extended family”, some respect is lost. Not being able to and choosing not to is not the same thing, but that’s the origin of the drive. And like everything in this country, for a black man, it’s an even tougher road to travel. The level of difficulty to ascend to just this point is often doubled or tripled and so are the stakes. So how does one have time to amass a nest egg big enough for a never-ending nest, and still have time to enjoy the nest? What I’ve come to realize over my last few years is the true ramifications of the “have-nots upbringing”. The insatiable desire to have everything because we couldn’t have it at some point becomes an even more aggressive desire to have everything once we get to a place where we can have a lot of things. So since my parents couldn’t afford me 5 pairs of shoes at one point, now I have over 100 pairs. When I couldn’t have a certain caliber, aesthetically or other, of a woman during my adolescence and early adulthood, success made me want a plethora of them that were suddenly available to me. When a woman that was neglected by her dad, and subsequently, self-serving partners from an emotional, financial, and quality time standpoint, she now needs an unlimited amount of time, emotional reassurances, and financial catering. None of these are anomalies, and all of them are challenges that most successful black men will face, with little or no empathy or guidance. Very few people, including the very family, friends, and romantic partners that require so much from him, will stop to look at this broad view. You won’t see television shows, talk show segments, and think pieces about this too often. Is balance even a realistic possibility in this situation?

“N****s that are married don’t wanna go home but we look up to them, they wish they were us, they want some new trim, we lust for some trust”
– Andre 3000

I don’t know how to sleep. Ask anyone around me. Is that a lack of time management? Probably. I never was much of a sleeper, even before I was a workaholic, but it’s worse now. I’ll get up on two hours of sleep to go work a 16 hr day after taking a 6 hr flight or drive on my girlfriend’s birthday if I had one. I was always big on my alone time, it’s worse now. Moving around so much over the last decade for work and fatherhood, made even some of my “free days” ones that I’d still need them away from whoever my partner is, for ME. However, I’ve always also been addicted to good energy and relationships. Combine those variables and add a pretty sufficient travel schedule and I’ll tell you the question my grandma asks me every time I see her, “How you gone get married when you don’t wanna be still? What woman gone put up with that?”. The irony is, when I tell her it mostly works and not play, like 90% of it, she says, “Oh ok. What woman would have a problem with you working?”. A lot of them grandma, a lot. It goes back to the have not effect I spoke on earlier. I don’t think any woman I’ve dated or attempted to, has had a problem with me working. The fruits of labor are attractive. However, the demands of the labor have always left women in my past not feeling like a priority. Not feeling like they get enough talk time, face time, vacation time, or even quality… time. I’ve argued that the concept of (a lot) of quality time is actually quantity time but the fact remains is that it takes an extreme level of understanding and sense of partnership to date a man with significant time constraints. But it’s also extreme to want to be with one person for the rest of your life. It’s also extreme to want to be in the top 1% of the wealth in America. It’s also extreme to want to send your kids to the college of their choice, loan, and hardship free. Difficult takes a day, impossible takes a week. Extreme doesn’t scare or discourage me. So don’t cry for me, I’d only wish for understanding. Understand that I, and men like me, live with this reality and walk around chin up because we would never accept our chins being down. Understand that everything great comes with sacrifice, so settle for good or adjust for the best. Understand that this life should be played as a long game, not a short sale.