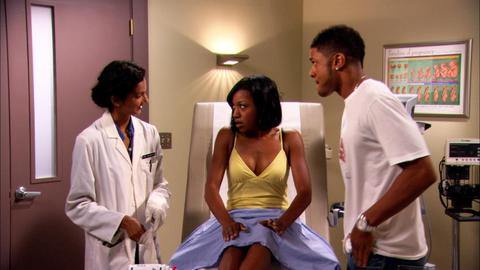 When you’re in it, clarity rarely comes. When you’re engulfed in a relationship, a good or bad one, the feelings are so strong that they build blinders before you ever know it. When it’s good, those blinders can protect you, and your relationship, from the negativity that makes living a life in love so hard. If you are even moderately in tuned with the world today, you see people telling you everything that has went wrong in their relationships on repeat. Our biggest entertainment sources are built around it. You would be hard pressed to find many positive representations of love in the music or in the tv programming; a good relationship can give you enough blinders to not inherit that energy. However, when your relationship is bad, undoubtedly, you both have contributed to it. What I’ve observed is, a lot of time when the woman is the key contributor to it, it goes unaddressed. A lot of times thats because the man won’t: Leave Her. 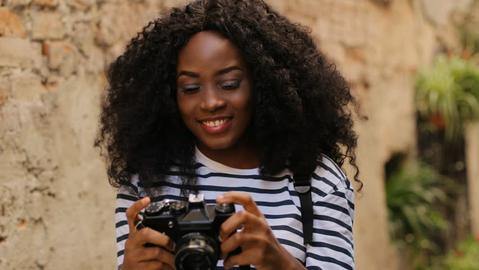 You’re A Queen. A woman comes into this world as God’s most delicate creation. So many things of beauty resonate deeply with women, naturally, because they come from the seed of the same tree. Flowers, art, fashion… the underlying beauty of all just seems to be more evident when you experience them through the eyes of a woman; in my opinion. I think it’s important, and responsible, for me to convey the importance of a woman’s touch and vision to mankind. What I know is that, while even the best father or husband can’t protect our women from all hardships, it is our duty to do our best. Women represent a foundation of emotion that gives life to compassion, nurture, empathy and humility, respectfully, that we’d be lost as a community without. For all the things that men can build and provide, those natural inclinations are not ours. We have to be taught those. If you’re lucky, your mother and matriarchs of your family will teach you those early in life. If not, I can only hope that you learn before it’s too late. We task our women with breathing life into everything and everyone with their natural gifts. No small task but, to whom much is given, much is required. I’m not of the mentality that women should die on these hills through abuse, neglect, and infidelity though. I don’t think a man has the right to take these gifts and the gift of willingness that most women give to a man she believes in, for granted. Unfortunately, most women I know, have countless stories of men doing just that. Even a great woman can reach her breaking point at the hands of such ungratefulness. What’s most discouraging is, watching a woman who has been broken by it, carry it around the rest of her life, long after the culprit has exited her life leaving the wreckage. For the ladies reading, do you remember the man that did the most damage to your heart? Does it still make you mad to think about it/him even to this day? I would hope not, but I know that’s the reality for a lot of women. What would’ve happened if he just… left? 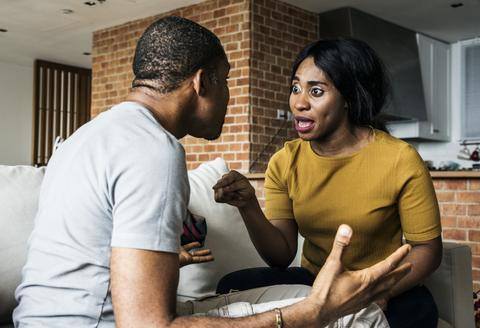 “On a bathroom wall, I wrote
“‘I’d rather argue with you than to be with someone else'”
– Kanye West

He Could’ve Just Left Me Alone.  When he knew you loved him more? When he knew he wasn’t ready for what you were devoting yourself to? When you were halfway out of the door and he dragged you, metaphorically, back in? Maybe he should’ve. When he knew you had flaws you didn’t plan to fix? When he knew you hadn’t let go that old hurt and the insecurities it brought? When he realized habits he enabled were too far gone and he couldn’t deal with it anymore? Maybe He couldn’t. The first few scenarios are far too common, while still very valid. We discuss them at length. The second set, don’t get discussed much at all, certainly not enough. These conversations, no matter who’s refusal to be accountable, are normally dominated by women. Women typically live in the space of trying to figure out how to put these pieces back together to continue their dating lives. Men are normally either not invested enough or are so used to bottling things up that they move on silently, even if suffering makes that silence ring loudly inside of their heads. For all of the above situations the best thing the man could’ve ultimately done, after communicating thoroughly, was leave. Specifically in that second set. I had conversations with a few of my closest women friends, and I asked them all a set of questions that started with:

We talked at length. I dug and dug into their lessons and explanations. The most common theme was that, when they broke up with other men that weren’t good men or good fits, they never self assessed. Not truly. They did what society teaches them: to self indulge. To fill up on the “know your worth” and “look at my growth” tanks that gives them the gas to move forward. In some cases, friends and family knew enough of the bad to do the gassing for them. When they lost the good man though, not only did everybody else look at them, THEY had to look at them. I’m big on accountability. In fact, I’m so big on it, that I don’t spare anyone or any side. Depending on which convo you fall into with me, you’ll think I either pander too much to women or “hate women” (always a wild perspective to me). For the sake of this particular point, I want us to be frank and objective. I polled only women for this. I didn’t want any other male opinions. I was willing to stand on this ledge by myself. Because of that protection we owe our women that I mentioned earlier, or lack thereof, we’ve put a lot of narratives and practices in place that really handicap the growth of women as partners. The number one thing, in my opinion, that facilitates this is, men’s seemingly inability to be faithful. All of my friends will tell you, I’m the “I don’t cheat” friend. I’ve always felt that if you can’t tell a woman what you want and don’t want, whether that’s her and more women or just a better her, there’s no point in being with her. I’ve taken the gifts and curses that comes with that stance. What I know to be true though, if a man that is dating the worst girlfriend in the world gets caught cheating, her being the worst girlfriend in the world no longer matters. No one will hold her accountable for that, you cheated. If a woman that holds none of or not enough of the qualities for you to commit to, stays around long enough to fall for you, when you get caught with another woman, no one cares that she isn’t your girlfriend. You led her on. Unless you were absolutely direct about your intentions to not commit to her, and even then, you still might be the blame. Leave! Even if it’s just sex to you, leave! If you continue to leave the door open, she’ll keep trying to walk through it. In these cases, you’re hurting her in more ways than she’s even aware of. No one becomes a better partner without ever having to face that they’re a bad one. No one tries to fix their flaws as a partner when they can excuse their dating mishaps on poor candidates instead of poor character of self. As a man, when love is involved, we fall victim to the same false hope that women do. We never get that benefit of the doubt either. We believe we can motivate her to be better, too. Still, leave. Find the strength to be honest with yourself, with the people you are around, and with God about your time. 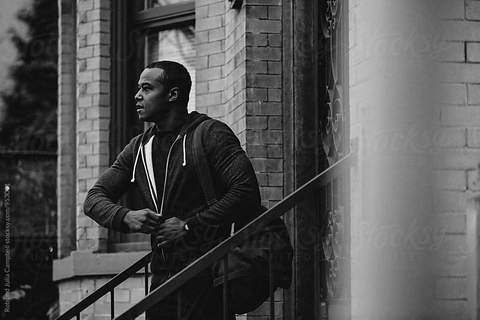 I can’t live without you. Or, at least, I don’t want to. This isn’t a gender-specific feeling either and we all have to understand that at some point, this is the only thing keeping us together. A feeling. Not a fact. I always put the onus on the man to lead, and this is no different. Knowing when to leave is just as important as knowing when to stay. And being honest, we normally know when it’s time to do the former, first. I know men who will hurt a woman to avoid having to break it off or just because they don’t want to see her elsewhere. Wild, I know. No matter the case, as a man, when you know things can’t go further than where they are, leave her. Don’t abuse her emotionally, knowing that there’s nothing left. Don’t cripple her either by enabling her bad habits that you know you can’t deal with, because when you waste her time, she becomes less likely to improve. It’s not your responsibility to make a woman you’re not with better but… do her a favor.