Posted at 6:57 PM in Culture by Travis 0 Comments 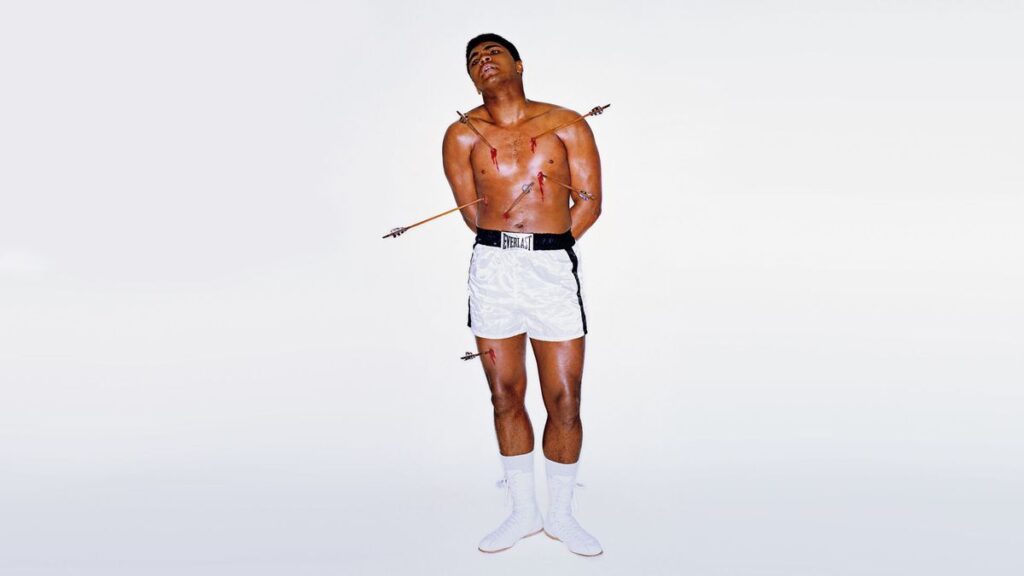 “They’re all afraid of me because
I speak the truth that can set men free.”
— Muhammad Ali

What’s the commotion about? A question I have to ask myself far too frequently now. Everything is “outrage(ous)” now. As I write this, and will release this, it is the day that would have been the 79th birthday of Muhammad Ali; my favorite public figure ever. I’ve always had an affinity for people who are unapologetically an individual. I’ve always enjoyed and related to people who, no matter what, were willing to be themselves, willing to say the things they believed even if it was controversial, willing to be honest, essentially. That often gets confused for those people being rude or unwilling to be wrong, but that is a misnomer. What it is really is an unwillingness to be intimidated. Intimidated by a culture of manipulated emotions. A culture of impulsive responses to complex subjects. A culture that would rather be politically correct than to be corrected. I can’t get jiggy with that shit. I never have and never will. Muhammad Ali, Jay-z, Dave Chappelle, Kanye West, Allen Iverson, and even Mike Tyson are all people who I admire for being themselves. I don’t agree with every action or reaction, I’ve just always agreed with people willing to pay the cost that comes with not assimilating for the sake of convenience. Today, in the era of “Cancel Culture” those figures are becoming fewer and farther between. Which makes them even greater when you find one.

“I’m not a leader. I’m not here to advise you. But I encourage you to express yourselves.” -Muhammad Ali

I love disagreements. Not for the sport of debate or excusal of aggressive speech that can follow, but for the lesson. You can’t learn anything new from a person who has the same exact information as you have, which is where perspective comes from. Ideally, disagreement opens the door for listening to new information; today’s climate is not ideal. When disagreements happen now, it’s normally used as “hate bait”, especially on social media. Hate bait is when people take a fraction of perspective and use it to trigger people to react with or to what has been positioned as hate. It’s clickbait with an added poison to the cocktail. Not only is it unnecessary, it’s unhealthy personally and professionally. Just because we disagree with the why, the what, or the how to fix an issue doesn’t mean we have to hate each other or disrespect each other. Political tribalism is at the root of it as everybody has been told that people who don’t agree with their politics are all hateful, but with politics becoming reality tv over the last few years, it’s trickled into the fabric of every public discussion. Conventional wisdom is to not talk religion or politics publicly, every businessman and advisor will tell you that. My problem is, conventional wisdom told women in corporate America not speak up about abuse so they wouldn’t lose their jobs. Conventional wisdom to the LBGTQA community to go out of their way to hide their sexual identities in the workplace and from employers, especially the military. Conventional wisdom has never been about progression, it’s literally to sustain systems that look to retaliate and alleviate individualism. So I’m almost never of the mindset of being conventional, I’m about thinking clearly and freely, and that doesn’t always go well.

Context (should) matter. Unfortunately, it doesn’t matter at all. In a climate of 280 characters or less is the most reading people will do before responding to something, context is almost nonexistent. The person relaying or replying to the information determines the context now. When people reply to tweets, they will rarely go back and read the full thread beforehand. They won’t retweet it to their audiences so the full points and stances are clear. It most cases, buzz words will be highlighted or initiated to control the trajectory of the conversation. This is why the last two elections for president have been the most controversial and least credible, no matter who’s side you’re on. It has become a daily steroid injection of misinformation and hate filled dialogue that makes it impossible to find middle ground. The new conventional wisdom is to just follow the flow most of the people you’re following are going on a hot topic, if for nothing else but to avoid getting any backlash.  I’m not from that school. I’m from the school of Muhammad Ali. I’m from the school of Shawn Carter. I’m from the school of James Baldwin, and Marcus Garvey, and Malcolm X. I’m from the school of you speak from a place of sincerity not ego, so when you’re wrong you can learn, and when you’re right you can show grace. When your opinion is rooted in ego you don’t need the right information, you need to unchallenged. You need to be agreed with. You need to be applauded. When anyone disagrees, especially publicly, ego wants blood. It wants to discredit or intimidate you for daring to question their perspective.

You can correct me. If you can give me better information, please do. If you see me use improper grammar, unintentionally (using slang), please point it out. If you see me make a spelling typo, PLEASE TELL ME. I HATE THEM. My only request is to be respectful and fact based. If it’s opinion based, let’s discuss it, whether we find common ground or not, there won’t be hard feelings on my end. Reason being is because, ultimately, my priority is to learn. My priority is to not give out the wrong information. I will study you before I try to date you. I will google a random topic for a significant amount of time, before I join a discussion on it. I will reply to your tweets that aren’t directly aimed at me because it’s a topic that interests me. I want to be thorough and expressive, more than I’ll ever care about not being wrong. For the topic that triggered my current twitter stampede, my point was consistently misrepresented. A black man, who once shared one room with my mother, brother, and great aunt, I understand despair very well. I understand systematic oppression very well. I even understand the need for minimum wage to be raised. I also understand politics, and ownership, and capitalism. And lastly, I understand being young and rebellious and how that grows the more “grown” you think you are. So in a tweet I asked the question, “Do you think a high school JUNIOR (11th grader) should make $15 per hour?” and the match was lit. People immediately determined I was a republican capitalistic apologist. And that I had no care or regard for the plight of underserved and underpaid communities and workers. The pure rage behind the topic, and misguided direction of people who used my tweet to incite a riot, led half of my opposers to read JANITOR instead of junior and wished everything from death to damnation on my because they believed I was looking down on what’s perceived as less honorable workers. That was worse than any disagreement. My grandma worked as a house laborer for white people well into her 60’s. Multiple people in my family worked in sanitation or “environmental services”. There’s no insulting of laborers that you’d find coming from me. My sole point was that a teenager would start “smelling themselves”, as my grandparents would say, if they were making what their parents were making. I made the point that if a 15 year old, or high school part time worker, was making that then the minimum should be even higher for an adult who may still work the same job. So if you gave a hard minimum of $15 then let’s do at least $20 for adults. Also, let’s not get so caught up in the redundancy of minimum wage because it has been a political deflection for over a decade. It’s been used so much as a stalemate that even if it eventually happened to get changed, without some legislation directly connected to it to limit inflation and to provide other programs to address money management, job and educational development, then we would be letting the government off the hook. Then they would spend the next decade making the tactical adjustments to make up that loss. Now…. you can still disagree with all of that, but that’s a far cry from “hating on a high schooler”. That’s a far cry from “defending billionaires and hating people who make less that don’t affect me”. If we can learn to be thorough with our interpretations, if we can learn to open to civil discourse, we can learn to fix some of the things that we just talk in circles about. Either way, I have self authorized Diplomatic Immunity to say exactly what I think about any topic. It’s never hate based or motivated, so no matter how popular, I’ll say what I please.