Posted at 1:23 PM in Relationship by Travis 0 Comments

“But I don’t want no h**, I want a wife… somebody to bounce these ideas off at night”
-Beyonce’s Husband

Cliché, cliché, clicéééééé. Most of the mindsets today are becoming just that, cliché. The title of this piece is using one of the most common ones in today’s 24hr cycle of opinions that is social media. But being cliché doesn’t take away from the value of what is being said. In a time where we have more freedom to do anything we want to than there’s ever been before, finding a purpose to decide what to focus on, is of extreme importance. This is typically a talking point for women but the great Styles P once said, “A man with too many wants doesn’t ever put his needs first”. I felt that. Finding your purpose in life, love, and work is a journey that can be very fruitful and fulfilling. The journey, oftentimes, is the most enjoyable part. The destination is either fleeting or the feeling of accomplishment after you make it there is fleeting. So you set new marks. That’s the difference between having a goal and having a purpose. Love is no different. I truly believe the ultimate purpose for all human beings, from day one to the last day, is to love, no matter what other things we do in-between time. Most women that I hear/see talking about dating with a purpose focus on the destination. They want it to be clear that they’re not dating to be casual, they’re dating to be wives. I love and respect that. What I think is often overlooked when they broach the topic though, is alignment.

Over and over, again.  After you buy a car, you have new everything, new tires, brakes, and everything. But 8 months later, after you’ve driven 15k miles, everything isn’t new anymore. If you live in a metropolitan city as I do, by now, you’ve hit your share of bumps in the road and potential pot holes or unpaved portions of the street. Time for you to do some maintenance work. So you go get your oil and other fluids changed, got your tire pressure checked, got new brake pads, they threw in a complimentary car wash but, your car still has this slight shake to it when you get up to a certain speed. You need to go get an alignment done. Apply this to your dating with purpose life. You’ll have to repeatedly, over and over again, realign this car, too. For example, you decided that at the young age of, let’s say 28, that you weren’t into “casual” dating anymore. You’ve had enough loose fun and experiences, your priorities in life are changing, you’ve accumulated enough… mileage. Now you need a partner who is also moving in that direction. Chris Rock once said: 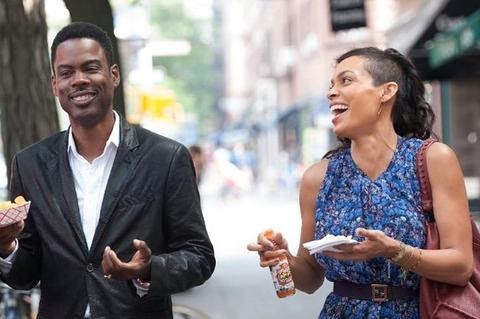 “Women feel like every relationship that doesn’t end in marriage was a waste of time.”

I used to agree with women thinking that. I think now as women have evolved, most of them…. still feel that way (insert belly laugh here)! However, I do know and speak with women who are looking at past relationships like they were life lessons they had to learn, also. Your time now, as a single adult, is for alignment. If you know you’re dating with the purpose of getting married, you should very well voice that to a potential suitor… but is your potential suitor in alignment? Let’s start with the beginning. Unlike a new car, this person is used. You need to check the alignment in the beginning. Do you share morals? This is a big one. It’s hard to gauge because people normally put someone else’s best foot forward before they actually show you the real them but that’s the benefit of patience. Dating with a purpose doesn’t require you to rush into commitments because you “don’t have time to waste”, it requires you to be very cautious with your commitments actually. Caution and avoidance aren’t the same. Once you get the initial, “So what are you looking for?” question out of the way, where do you go from there? You two agree on the destination, but are you in alignment on how to get there? Or even what it looks like in your mind once you get there? 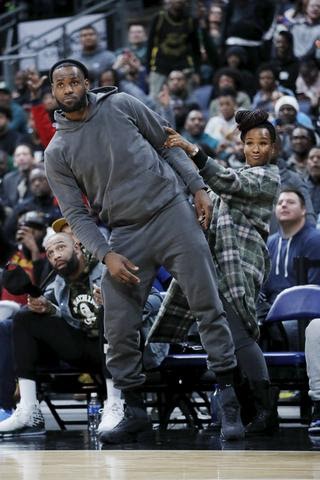 “You wouldn’t be talking to me right now if it weren’t for her.”
– Lebron James

No silent partners. We use a lot of buzz words these days in specific contexts, so much so that the word’s definition starts to become how we’re using it instead of what it really means. For example, to spoil her means to ruin her. It should simply be provided for her. People call you nonchalant when what they’re saying is that you’re indifferent. People say they want loyalty, in the dating sense, when they really mean they want monogamy. Sure they want loyalty too but they minimize it to just singular sexual devotion. I could be loyal to my wife while having sex with multiple women as long as if we what agreed on in how I chose and handled those situations was to be done in a certain way, I stuck to that. This brings me to this one, women will say they’re dating with a purpose (intent to get married) but will go date a person who wants to be in a relationship but has no affinity or desire for marriage. Or they’ll date a man who is very known to be a ladies’ man and on record saying he likes having multiple women, and get upset when he doesn’t capitulate to her monogamous plans for their relationship. I singled out women in this instance because, by and large, men normally don’t do this. Not really. There are definitely men who will “date” women they never intend to marry but when we’re ready to get married, we are meticulous with our alignment. Most of the time men know exactly the type of woman they want, and we put A LOT of time into being able to be what that type of woman normally would have as basic requirements. It sounds superficial but as a man who enjoys the stakes and standards being high, an attractive woman with an affluent mindset like I desire, wouldn’t typically want a man with low work ethic, low earning power, or low leadership skills. I also don’t think a woman that I would want to marry would want me exploring my sexual prowess with other women. I never even considered marriage as a possibility before I was able to address those things. I feel like nowadays, women work against their purpose in dating while stressing the need to cling to that very purpose. When you’re talking to God, then talking to the public, then eventually talking to a potential partner, make sure YOU are in alignment with the purpose you claim to be dating for. That’s not gendered specific. 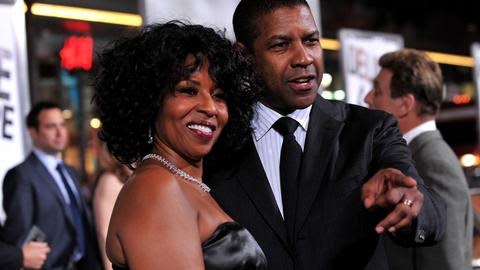 “She has done the heavy lifting. She has been the consistent one. She has given the daily religious instruction. She was the one taking them to school, while I was out providing. I grew up in athletics, but my wife’s family had a great education. My wife was a child prodigy. I married up! Her family had a love and a closeness that I didn’t have. I came from a broken home and I said I have to have that.”
-Denzel Washington

I’m not a maid. And you shouldn’t be. We don’t want one. When I say “we”, I mean men of quality and caliber, but what we do want is a partner. What we do want is a functional order. We must learn to embody this, as a community. I seriously doubt Lebron is arguing with Savannah about her picking up the kids from school the most. I doubt Kobe was arguing about going to his daughter’s practices and games the most. I don’t think Michelle Obama complained about helping her daughters with their homework more nor do I think Barack complained about asking for her advice on career and legal matters. A functional partnership is about us not having a problem doing what’s best for our family and significant others to cover their lack of time or skill sets and even lack of interest. I hate washing clothes, and I don’t love washing cars, but I hate seeing a woman have to maintain her car in any fashion outside of basic interior cleanliness. Powers that be have tainted “roles” as demeaning and competitive while using it to disrupt order, hence the constant dysfunction. What “Dating With A Purpose” really means to me is being intentional, not only in your desires but also in your discipline. Discipline in your responsibilities as well as in your urges. Discipline is required to resist temptation, and temptation comes in many forms. There’s the temptation to be promiscuous but there’s also the temptation to procrastinate, to be defiant, to be easily influenced, and to be arrogant. These things all work against purpose, no matter which part of life you’re trying to refine. If a man was to tell me he’s dating with the purpose of getting married and having a family today, as he’s currently struggling to make ends meet, daycare would break his bank account, and he feels like he hasn’t had enough fun yet, I would tell him that he isn’t in alignment to be dating with this purpose. When a woman tells me that she’s dating with the purpose of getting married but she doesn’t think she should have to cook or clean more regularly than the man who provides a greater portion of the finances towards the household, that nothing is wrong with her going out every week and gets all her dating advice and criticism from her single friends who think marriage is unimportant, I would tell her that she isn’t in alignment to date with that purpose. These are just very blatant and broad examples of us seeing the destination but not the road. When you don’t pay attention to the road, you hit potholes. Not being disciplined enough or mature enough to see these things as progressive parts to the purpose we are claiming so much to walk in. These people are dating with the GOALS of envy and ownership, not the purpose of love and marriage. There are trying to mask that by using appealing and honorable clichés. You can see it throughout all of their actions, never mind their talking points. Everyone’s needs won’t be the same, no matter how much their tweets mirror, but how you do anything is how you do everything. I watch how a person’s perspectives line up with the lifestyles. I pay attention to if your actions marry your goals. We all want to work to be rich but won’t save or study for advancement. What are you doing in alignment? Stop telling me that you’re dating with purpose when you just are dating to check off goals. It shows. Date with true purpose… and alignment.